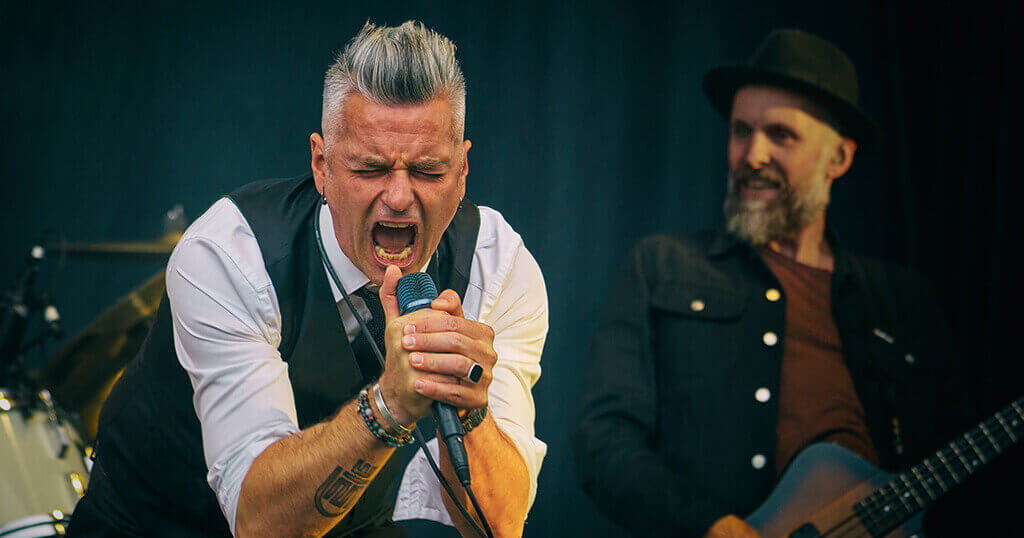 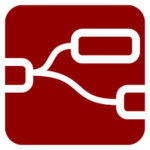 In this article, I will explain how to Alexa-voice control your digital picture frame using Node-RED and the MQTT protocol. Node-RED is a programming tool for wiring together Internet of Things hardware devices, APIs and online services.

It is an alternative to using Home Assistant which I have explained in this article.

The advantage of using Node-RED is that unlike Home Assistant, it can run on the same Raspberry Pi as your digital picture frame, it is much lighter and easier to set up, and it doesn’t require a subscription to the Nabu Casa online service.

In conjunction with the Amazon Alexa app, you can go much further than just voice controlling your digital picture frame. But in this article, I am going to focus on how to turn the display of your dig­i­tal frame on and off using your voice.

Node-RED is a flow-based programming tool that originally emerged as a hobby project in IBM’s Emerging Technology Services group.

It began as a proof-of-concept for visualizing and manipulating mappings between MQTT topics and quickly grew into a general solution for connecting Internet of Things hardware.

It is very popular in the Home Automation space and can be universally applied for controlling hardware of all sorts.

After it was open-sourced in 2013, more and more people discovered its “magic”.

And “magic” it is because “programming” Node-RED is a matter of dragging and connecting elements. It can be learned in no time, uses only modest system resources and has a wide follower-ship that keeps developing add-ons to expand its usefulness to all kinds of areas.

Installing Node-RED on your Raspberry Pi

The installation can be carried out on all Raspberry Pi models including the Pi Zero, 2, 3 and 4 is very simple with a script provided by the Node-RED team. This script can also be used to upgrade an existing installation when a new release is available.

Connect to your Raspberry Pi via Terminal. As always, when you install new software, make sure that your installation is up to date with

After completion, enter this line:

To launch Node-RED at boot, you will have to install it as a system service:

To access Node-RED, open a browser window of a computer in the same network and enter

If you are entering this information directly in Chrome on your Pi, then simply type

You will be greeted by a screen like this:

By default, the Node-RED editor is not secured and anyone who can access its IP address can access the editor and deploy changes. This may be ok for your home network, but I recommend you protect yourself by following this guide.

The underlying logic of Node-RED is this: The elements on the left are the Nodes. A combination of Nodes is a Sequence. When you have one or more Sequences in a tab, this is called a Flow.

We need to install one add-on in Node-RED to make our nodes show up as a local device in the Amazon Alexa app.

For more information on this module, look here.

Setting up the MQTT broker

The key terms in MQTT speak are “top­ic, mes­sage, pub­lish, and sub­scribe”.

“Top­ic” is some­thing you want to par­tic­i­pate in, “pub­lish” when you make a state­ment con­cern­ing a top­ic, and “sub­scribe” is when you want to receive all state­ments around a top­ic. The con­tent of these com­mu­ni­ca­tion activ­i­ties is called “mes­sages”.

The MQTT broker can be locally installed or accessed through an online service. I like to use the free CloudMQTT service because it has a great user interface which is very useful in the debugging process.

Get a “Cute Cat” account. It’s free and comes with every­thing you need for our purpose.

It’s time to get the digital picture frame part ready to listen to MQTT messages.

Create a new file and paste the below content in it. Name the file “red_monitor_cloudmqtt.py”.

In this script enter the para­me­ters for your Cloud­MQTT account in line 29 and 30 which you will find under “Instance Info”. The Port is the normal Port, not the SSL Port.

We want the script to be launched at boot and restart­ed should a net­work fail­ure occur.

In the edi­tor, paste this text

Save and exit. Then enter in Ter­mi­nal

Creating the sequences in Node-RED

We are now creating the two sequences in Node-RED that trigger the MQTT messages which tell our Raspberry Pi to turn the screen on or off.

Go back to the Node-RED browser window by entering:

Locate the node “alexa local” and drag it to the left half. Then locate the node “mqtt out” under Output – the one with the speaker symbol on the right.

Combine the two nodes by drawing a line between them.

Double click on the “mqtt out” node. Enter your CloudMQTT Server and your port. Under the Security tab, enter your user name and password.

Below the server, enter the “Topic” as “frame/red/display”. Select QoS (Quality of Service) as “0”. Leave the rest empty and click “Done”.

Create a second sequence with “alexa local” and “mqtt out” by dragging the elements below the first ones and combining them. Double click on the “alexa local” node and enter “TDPF-display-off” under “Name” and repeat the steps as above for the MQTT node.

Click on “deploy” in the top right corner. Now your flow (the content in the tab) becomes active.

Creating a routine in the Amazon Alexa app 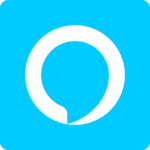 Get your mobile phone and open the Amazon Alexa app. Tap on the hamburger menu in the top left corner.

Tap on “Add Device”, scroll to the bottom, tap “Other”, and “Discover devices”. Alternatively, you can say “Alexa, discover my devices”.

This will take about a minute.

Tap on “Devices” on the bottom row and then “All Devices” in the top row. Tap “Choose device” to see if they have been found.

Tap on “Home” and on the hamburger menu again, then “Routines”. Create a new routine by tapping on the top right “+” sign. Tap on “When this happens” and then on “Voice”. Complete the sentence like “Picture Frame on”.

Then add an action, “Smart Home”, “Control Device”, scroll the list and look for “TDPF-display-on”. Select “Power” and set it to “On”. Tap “Next” and “Save”.

Repeat the same process with “TDPF-display-off”. But this time, select “Power” and set it to “Off”.

Wait a minute for the Amazon server to refresh and then test the routines by tapping on the play icon and see if the screen turns on or off.

If that works, speak your command to Alexa.

Although we went through a number of steps, the overall setup isn’t very hard.

And this is just one example of how you can use Node-RED in conjunction with Amazon Alexa to voice control your photo frame.

You can let Alexa speak a message once a command has been executed or create new commands. You can also use it for home automation tasks, all on the same Raspberry Pi that is hidden behind your digital picture frame.

The next release of the Pi3D script will feature a number of commands that are ready for voice control with the MQTT protocol. So it makes a lot of sense to try this simple display on/off command and build on this setup going forward.