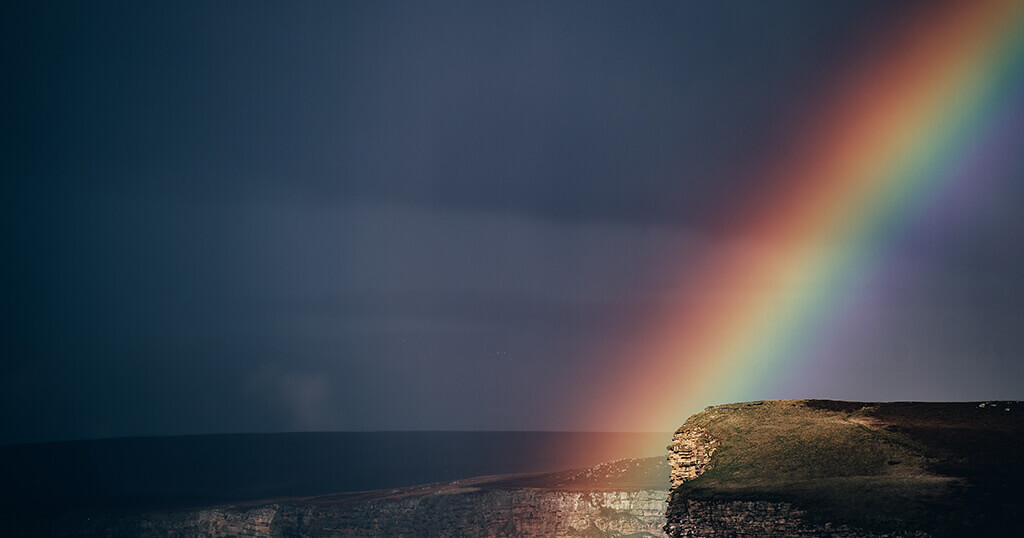 Do you have a slowly flashing 1 cm rainbow square in the top right corner of your Raspberry Pi powered digital picture frame? This is your computer’s way of saying that there is a problem with the power supply. Here is how to fix it.

It happened one day

A few years ago, I built two identical digital picture frames with a Raspberry Pi 2B+. I used a Rydges 2A/5V power supply which came with a four-star Amazon review average and an attached mini USB cable.

About three years later, I noticed a colored square in the upper right corner of the screen, which on occasion, faded in and out very softly. It was about a centimeter in size. Then it was gone for weeks, came back for a few minutes, and was gone again.

I started thinking that my screen was about to expire. As there was no regularity to the appearance of the multi-color square, and I had never come across a similar issue, I was clueless first.

But, as always, a little Internet research will go a long way.

It turned out that the commonly called rainbow square was an undervoltage warning. It meant that the power supply did not provide the required power anymore. The signal is triggered at 4.75V.

But why was everything fine for three years and then without any hardware or software change, from one day to the other, it wasn’t?

The slow and painful death of power supplies

The answer is that power supplies can lose power over time. The good ones are not supposed to, but I guess the $10 USB power supplies for our Raspberry Pi are not exactly rated military grade and can deteriorate over time.

Interestingly enough, the other digital picture frame which I built at the same time and with the same components also started to display the same symptoms a few months after the first. So it wasn’t an isolated incident.

When reading up on the subject, I found that power supply degradation is often the result of high temperatures and a performance reduction of about 20% is not unheard of.

The power supply was glued to the metal back of the bare display, but the IPS display did not get very warm, and neither did the power supply. But it didn’t get a lot of ventilation either.

What I found interesting was the graduality of the degradation. We are used to digital components, either working or not, but my power supply was fighting death for almost six months.

At first, I saw the rainbow square appear only a few short seconds, then nothing for weeks, and then a few times daily. In the end, it stayed on permanently.

By the way, during all these months, I didn’t notice any other technical issue with my Raspberry Pi. Everything was working as before.

How to fix it the right way

Should your Raspberry Pi digital picture frame show the same symptoms, then it’s time for a new power supply.

But choose wisely as the Raspberry Pi power requirements have increased with the latest models.

But it’s not just the power supply. It’s also the cable.

In my case, the cable with a mini USB plug was firmly attached to the power supply, so I did not have a choice.

However, should you get a power supply with a detachable cable, don’t skimp on the cable. The thickness of the cable is probably a good indication of its quality. You can lose a lot of performance with a bad cable. However, unlike a power supply, I don’t think a power cable will degrade over time.

How to wing it

If everything else works fine and it’s just the rainbow square which keeps appearing in your photos, then you may be able to prolongate the remaining life of your power supply by telling your Raspberry Pi to ignore undervoltage and stop pestering you about it.

A digital picture frame is no mission-critical application (although my wife and sister would beg to differ) so you can try the following:

ssh into your Raspberry Pi

Go to the end of config.txt and add the line

Save, reboot, and the rainbow square should be gone.

Mind you, if you experience strange behavior with your Raspberry Pi, then it is indeed time to get a new power supply. You will be surprised how many “unexplainable” issues can be traced back to an inadequate PSU.