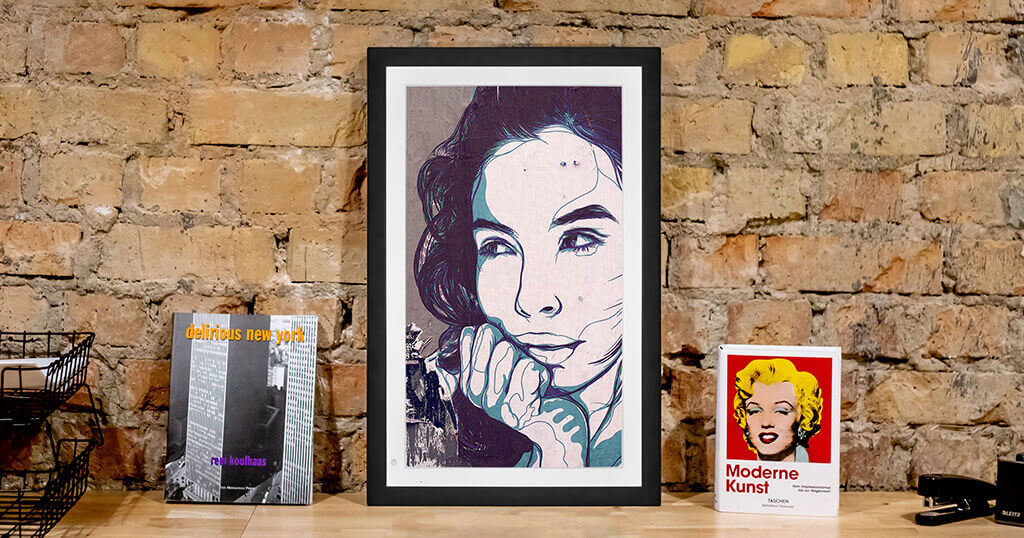 Early May 2019 I had the pleasure to visit the founders of FRAMEN in their brand new Frankfurt WeWork office.

The team of four started two years ago to get digital picture frames out of their niche existence and to make the flood of pictures from mobile phone photography and social media more usable in the private and business sector.

They started with a digital picture frame but soon focussed hard on developing the FRAMEN Photo App to control monitors and images.

FRAMEN’s Managing Director Dimitri Gärtner studied economics and worked for several years at Deutsche Bank in Frankfurt in the areas of digitization and innovation.

With the birth of his daughter a few years ago, the number of private photos exploded and the question of a better system for viewing and sharing pictures occurred. This was the kick-off for FRAMEN.

His brother Alexander Gärtner brought in his experience as a photographer, videographer and graphic designer. Sveatoslav Podobinsohi, formerly a human geneticist, contributes the IT competence, and Magdalena Pusch is responsible for business development and strategic partnerships.

On April 18, 2019, the company celebrated its one-year birthday as a limited liability company, although preparations had already begun earlier.

The company name FRAMEN is derived from FRAnkfurt MEN, which of course also includes WO-MEN.

It all started with a white digital picture frame based on a Raspberry Pi, which was quite clumsy from today’s point of view. That was the Minimum Viable Product, explains Dimitri Gärtner, and it met with a direct interest in the business sector.

But more was to come soon.

The FRAMEN Player, a 21.5 inches digital picture frame in white and black, manufactured in China, was created together with the Zühlke Engineering office in the neighboring city of Eschborn.

Streaming instead of local data storage

However, FRAMEN does not want to position itself as a pure hardware supplier. Instead, the company is about a software service that enables the overall enjoyment of pictures.

Every day, billions of new pictures are taken with mobile phones and “conventional” cameras. Unlike in the past, they don’t go into shoeboxes, but slumber on computer hard disks or mobile phone memory chips.

Most digital photo frames have an SD card or USB stick on which the pictures are stored locally.

This makes image control and management difficult, especially when it comes to managing more than one screen.

An example may be several screens spread across a business location or just one frame that you have given your parents for Christmas that needs to have some new photos.

As the first paradigm, the local data storage of the images was therefore thrown overboard and replaced by a streaming solution. All images are stored on Amazon cloud servers and instantly loaded onto the local mini-computer in the FRAMEN Player when a playlist is selected.

Dimitri is convinced that streaming technology, which has become the default technology in music and films, will also find its way into pictures. 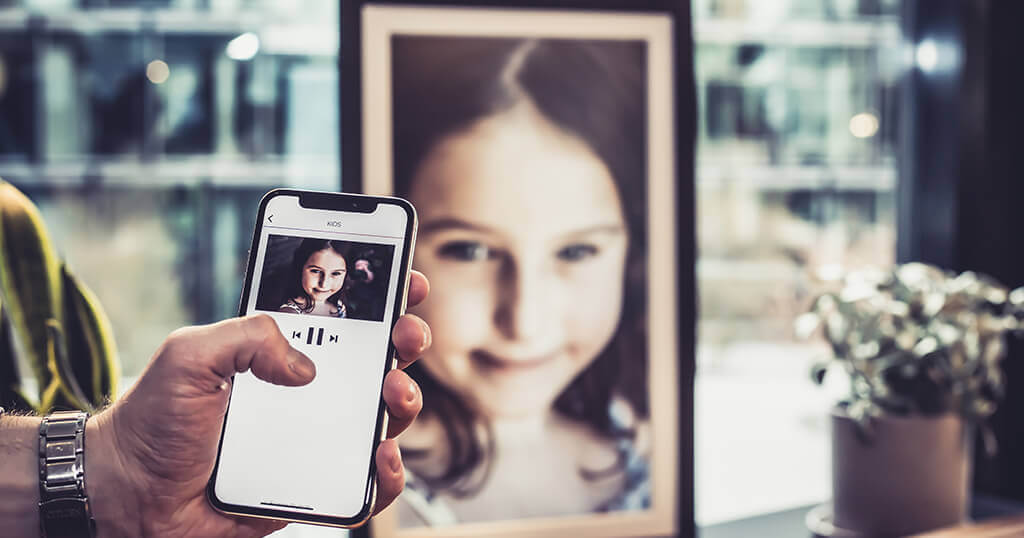 Just as you can call up playlists in Spotify, which have compiled by music fans worldwide, the notion can also be transferred to image collections.

What is missing so far is a comprehensive copyright concept as in the music and film industry, in which the artists can participate financially.

But the number of images that can be used free of charge is already increasing, as services such as Unsplash, Flickr and Pixabay prove.

Self-learning algorithms, which understand your visual taste better and better, can ultimately offer a completely new photo or art experience.

The FRAMEN team had these developments in mind right from the start and therefore focused primarily on software development, which allows streaming to different hardware platforms. And they did it as simple as it is technically feasible.

Already today curated image collections are part of the FRAMEN Photo Software. Although their numbers are still small and can be seen as a proof-of-concept, the software allows a quasi-unlimited scaling.

The company’s motto is “Streaming photography to any private and business screen.” This includes a large monitor that most of us have in one or more rooms at home.

Smart TVs delivered in recent years can be used as picture frames with the FRAMEN Photo App without any additional hardware.

Although some TV manufacturers also offer their concepts, such as the screen saver from Apple TV or Samsung’s “The Frame,” they are by no means as flexible and platform-independent as the FRAMEN solution.

The FRAMEN TV-Stick transforms any modern television into a digital picture frame. It can be operated location independent with a smartphone and requires no on-site maintenance apart from the on/off switch — a cost-effective and flexible solution for the advertising industry.

Discussions with major TV manufacturers have also met a lot of interest, says Dimitri. A well-known brand is likely to enter into an agreement with FRAMEN shortly.

WeWork, whose Frankfurt branch is home to FRAMEN, is so convinced by the concept of the young founders that they not only want to use the FRAMEN system in their co-working lobbies but have also decided to become an investor.

According to Dimitri, the market for digital signage estimated at over $20 billion is also very attractive for FRAMEN.

The key is to differentiate clearly from existing providers through innovative and flexible solutions and make the switch as easy as possible.

After three hours with the FRAMEN founders, I leave the WeWork building in Frankfurt’s Taunusanlage with the feeling that something extraordinary is being created here.

No company has yet managed to get the sleepy market for digital picture frames going with a convincing concept.

Spotify originates from Sweden, Netflix from the USA and maybe the future technology for visual content will come from the FRAnkfurt MEN.